The Washington State Attorney General is “disappointed” with the slow progress of a current bill that would raise the smoking age, he said last week. Two companion bills currently in front of the state Legislature would raise the legal smoking age from 18 to 21. If passed, the bills would make it a gross misdemeanor to sell tobacco or vapor products to anyone younger than 21. 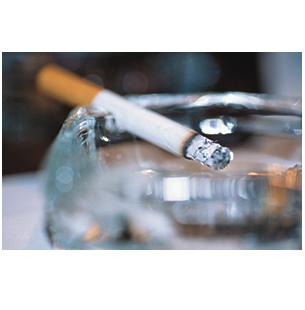 The Washington State Attorney General is "disappointed" with the slow progress of a current bill that would raise the smoking age, he said last week.

With a 2014 election on the horizon for Klahanie voters to annex themselves in — or stay out — of Issaquah, a group of residents of the planned community told a Monday meeting of the Sammamish City Council they would rather be part of the Plateau.

Books on Tapps to discuss ‘My Stroke of Insight’ in September

The ceremony will take place 11:30 a.m. today near the Veterans Memorial sign on Main Street. On a Tuesday afternoon, Nashville musician Chad Chapin was giving a tour of his new remote learning classroom at Michelle’s Studio of Dance in Bonney Lake. The room is set up with an upright piano, drum set, four guitars — two acoustic, two electric — arranged standing in a semicircle around a stool, and a lone webcam on a tripod stand. Chapin aimed the camera at the piano’s ivories, which were now being transmitted to a television mounted on the wall, and had begun walking through the student experience when an incoming Skype call replaced his hands on the flatscreen.

On Thursday, South Sound rainstorms brought a surprise flood at the State Records Center in Tumwater. A two-inch valve block left over from pressure testing of the center's pipes caused a trough and several pipes to fill with water and eventually overflow down building walls. The water landed directly onto shelves holding cardboard boxes full of state records.

In 2013, projects include planting rhododendrons in Allan Yorke Park, clearing overgrowth near the senior center and weeding Cedarview Park. A full list of sites and projects can be found on the Beautify Bonney Lake webpage.

Liquor Control Board will allow one marijuana shop in Bonney Lake

The city of Bonney Lake will be allowed one marijuana retailer, according to a list accompanying revised proposed rules submitted Wednesday by the Liquor Control Board.

It is the fifth year for the triathlon hosted by the Bonney Lake Chamber of Commerce. City staff raise nearly $1,800 for Shop With A Cop program

Stafford Suites seeks baby photos from any of the 2,500 Sumnerites delivered by Dr. Patrick Duffy. The group seeks to preserve the Fennel Creek watershed. Fennel Creek is the largest of eight tributaries in the mid-Puyallup River Basin and home to the Victor Falls; the watershed also covers the majority of one of the fastest growing cities in western Washington.

The Sumner School District has bought up 1,500 Google Chromebook laptops as part of a "cutting edge" technology initiative for third and fourth grade students.

Crews will work under a rolling shutdown from west to east, closing down one section of road at a time.